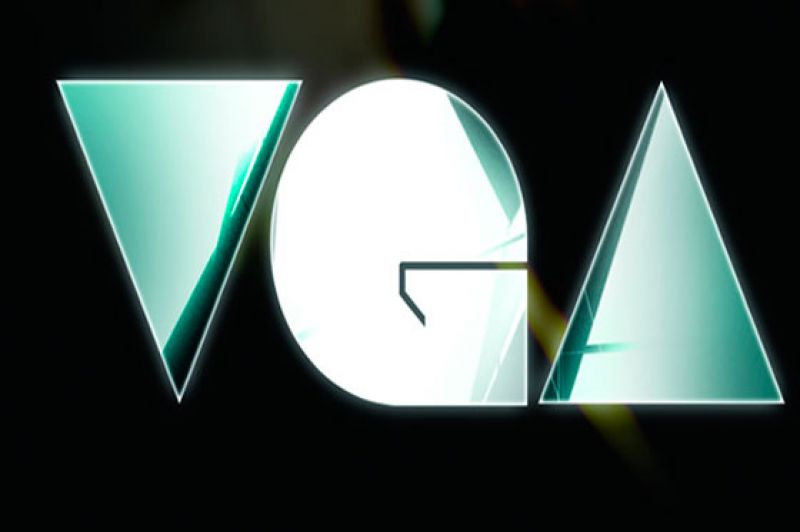 Modest Proposals is a recurring chance for a rotating stable of Review to Be Named writers to sound off on pop culture at large, presenting ideas, theories, or observations about areas of pop culture that might not fit comfortably into our other running features. These ideas might not always be right. You might not always agree with them. Even the writer might consider them patently absurd. But this is Modest Proposals, and these are things worth thinking about.

While Spike's Video Game Awards are clearly aimed towards a younger demographic of males that aren't out partying on Friday, have no girlfriend, and prefer drinking health potions to"¦well, drinking, the VGAs are the closest video gamers have to an "Oscars". And while normally the VGAs are as much of a joke as the Oscars tend to be, this year proved to be an interesting break to the VGA norm.

It's been no secret that this year has been the Year of the Trilogy. From Mass Effect 3 to Assassin's Creed 3, Ninja Gaiden 3 to Far Cry 3 and everything in-between, this was supposed to be the year when blockbuster titles dominated the award shows. For what it was worth, the awards wouldn't simply be for the quality of the trilogies"”they would be for the quality of the third installments themselves, as many of said trilogies carved their way to the genre nominations and Game of the Year nominations quite deservedly.

However, instead of overlooking quality and succumbing to mainstream hype, as previous ceremonies have been responsible for doing, this year's VGAs provided surprise victories for all the little guys who no one thought would ever get the win.

Deserved victories for The Walking Dead by Telltale Games and Claptrap in Borderlands 2 proved that the VGAs were willing to assess based on quality, and not propaganda, a very encouraging trend for video games. Despite the material surrounding the winning announcements being relevant only to the aforementioned adolescents with"¦let's say social challenges, the VGAs showed great maturity where it mattered: the decisions involving recognition in video game achievement.

For those that missed the VGAs this Friday, WHERE WERE YOU AND WHY DIDN'T YOU INVITE ME? I mean here's the big wins of 2012:

Game of the Year- The Walking Dead, Telltale Games

Studio of the Year- Telltale Games

And for those interested, here's my stream of consciousness for this years VGAs:

-Hey, Sam Jackson's taken a break from being in every movie ever to host tonight's awards!

- Upcoming South Park RPG Stick of Truth is supposed to be based off Final Fantasy X's battle system"¦and sense of humor. Just kidding about that last part, could you imagine? This game looks like it's going to not only have pretty decent gameplay, but the humor typically found in South Park's episodes too"¦.probably "˜cuz Trey Parker and Matt Stone are actually developing it.

-It's been an unfortunate year for Halo 4. Borderlands 2 absolutely deserved the win, despite Halo's grandiose history, solid story, and phenomenal gameplay. Any other year Halo 4 would've walked away with it.

-Oh cool, the VGAs are announcing ancillary awards no one cares about right before breaks! That's pretty proper placement if you ask me.

-Once again, the main draw of watching VGAs are the world premieres for various upcoming video games. That Phantom Pain trailer is no exception"” I haven't seen video game trailer this amazing since Dead Island's reverse action trailer.

-NO, that whale on fire at the end of the trailer has nothing to do w/ it! Fact that I want a flaming whale tattoo aside"¦

-Blargh, the Video Games Character of the Year section is always so tongue-in-cheek. Why do I feel like developers actually spend more time on these 20 second character skits than on their actual games??

-HOLY S***, the announcer just said Snoop "LION". It's officially sunk in for me: Snoop is the biggest stoner on the planet and I have no chance of snatching away that title.

-So apparently, this year a game soundtrack was nominated for a Grammy award (Journey, Austin Wintory). And it's an independent developer at that. That's pretty amazing.

-The Austin Wintory orchestra rendition of 2012 game soundtracks is great, but I'm really disappointed in the highlight reel in background. It's showing scenes from the games whose music is being played, but the scenes aren't the emotional narrative scenes that match the music"”they're mighty explosions and action hooplah. Damn you, adolescent testosterone!

-WHAT THE HECK, IS THAT A CARBON-FIBER CELLO?! IT LOOKS GANDALF'S STAFF, I WANT IT! OMG WHERE IS THE REST OF THE INSTRUMENT?!!!

-I missed the name of that underground zombie Metro videogame, but isn't the trailer just footage of DC's metro system? I could've sworn that stop was Grovesnor"¦

-The Last of Us (Naughty Dog) has been my most anticipated game for a while now, and that trailer totally backs up my hype; think of the game as an awesome combo of Children of Men and Walking Dead with the character dynamics between Jean Reno and Natalie Portman in The Professional.

-Oh hey, Castlevania's (Castlevania- Lord of Shadows 2) still a thing. Who is this Liam Neeson impersonator voice actor in the trailer?? (Calling it right now, next movie w/ Liam Neeson will be him as a vampire. In fact, just give me Taken 3, and make Neeson a vampire somehow)

-"Up next, Jessica Alba announces the Best Action Game of 2012 by jiggling her boobs!"

-Dark Souls 2 trailer??! That came out of left field! FRIDAY, MADE!

-It kinda sucks that Dishonored isn't going to win action adventure game of the year. I mean with Assassin's Creed 3 no one really stands a chance. Oh well, maybe Dishonored will still get recognition in, wait. It won?? VGAs, you are KILLING IT this year!!

--The army that is Linkin Park actually makes pretty damn cool soundtrack music when they aren't trying to"¦you know, be linkin park. Their cover of that Medal of Honor song was dope. Maybe they could be like the Daft Punk to Tron: Legacy of videogames.

-Journey is the easy winner this year for Indie games. Make a game about a ribbon that has emotions awesome and you deserve all of the awards.

-Hey, Journey also won best PS3 game? Cool! Like my dad always said about me, "It looks so stupid! How could it possibly be good??"

-OH C'MON HOW DID SAM JACKSON FIND A GUN, I TOLD YOU GUYS TO HIDE THEM BEFORE HE SHOWED UP! EVERYBODY GET DOWN!!

-Okay, I giggled a little at Shepard from Mass Effect 3's Character of the year skit. Was it actually written by Bioware? It must've been, because it the only actual funny point of the night

-WAIT WAIT WAIT WAIT. ACCORDING TO THAT TEXAS CHAINSAW 3D TRAILER, THAT GRANDMA USED TO BE A CHAINSAW KILLER. THAT MOVIE IS AN INSTA-WATCH, OPENING NIGHT!

-Whatever, new voice actress for Lara Croft, you already missed the boat when it comes to awesomely versatile voice actresses in videogames (Jennifer Hale)

-That said, the new Lara Croft game looks phenomenal"¦although doesn't it kinda look like the female version of Uncharted? AND IS SHE CROUCHING LIKE THE ASSASSINS IN ASSASSIN'S CREED? Way to be that "pioneer in gaming", Lara.

-I still want that carbon fiber cello. I would do such naughty things for it. Like give that cellist the biggest, weirdest wedgie in the world.

-CHARACTER OF THE YEAR IS CLAPTRAP from Borderlands 2? YEAH! It would've been so easy to give it to Shepard, the "obvious" selection everyone pegged to win it, but the VGAs really haven't submitted to mainstream pressure thus far. The Oscars could take notes.

-Okay, as much as I wanted to dislike the Game of the Decade section, I've gotta say, the nominations are incredibly solid, considering they had so many games to work with: Half Life 2, Arkham City, Mass Effect 2, Bioshock, Legend of Zelda: Windwaker, World of Warcraft, Wii Sports, Shadow of the Colossus, Red Dead Redemption, and Portal really all deserve to win for different reasons.

-Halo 4, Spartan OPS??? OH C'MON, ALL SHOOTERS ARE THE SAME TO BEGIN WITH, AT LEAST TRY TO MAKE YOUR TITLES DIFFERENT.

-Bioshock Infinite makes me insta-orgasm when I think about it, and this sneak peak is not helping. Now if you'll excuse me for a moment I have something I need to take care of in my bathroom. I think the toilet may be clogged.

-And Tenacious D wraps up what has been a rather solid year for the VGAs, and games in general. While it's sad to see the Year of the Trilogy (that really didn't end up being the Year of the Trilogy, all things considered) come to a close, we've got goliaths of games on the horizon next year that I can't wait to dive into.

TOP OF THE FLAGPOLE