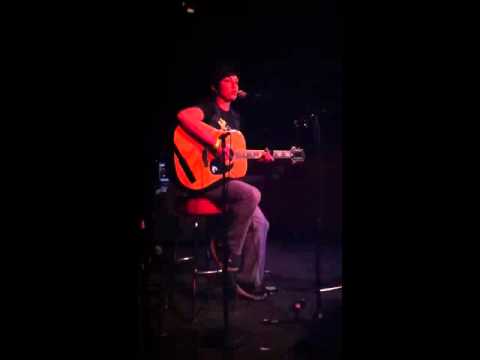 My Year in Lists: Volume II chronicles one blogger's masochistic return to the feature that got him hooked on sonics. This time around, the feature will focus on three genres that got short shrift during the original feature: country, hip hop, and jazz. All three are oft-dismissed genres this feature plans to grant a second chance at a first impression.

My Year in Lists: Volume II: Interlude is an intermittent addendum to the feature that takes a step back from the quest to examine the genres we're exploring from other perspectives.

In the first volume of My Year in Lists, the Interludes served as a chance to step back from our hyper-specific focus and talk about different facets of music as a whole. This time out, I would like them to serve a slightly different function, though I reserve the right to completely change my mind about this by the time the next one runs. Part of the purpose of this feature is to push me out of my comfort zone, to make me confront art, and experiences, that I would often avoid entirely, and to think about those things, and about myself in new ways. So this time out, I would like the Interludes to be about me trying new things. As much as this is possible, these things will relate to music, and to the genres we are covering. But I'm leaving it open that they may occasionally be about breaking out of the box and looking at things in new and different ways.

For the last three years, the venue the Blind Pig in Ann Arbor, Michigan has curated an evening, called Folk the Police, in which local folk outfits are invited to perform hip hop covers on stage. I have lived in Ann Arbor for the last year and a half, while attending law school (the latter part of that sentence is about to get relevant). My schedule didn't allow me to make the show last year (see?), but this year, it seemed too perfect an opportunity to resist. Here I am, writing a feature about hip hop, my reticence to give the genre a chance, and my evolving views on its potential, so it seemed perfect for me to check out the show, and to see how well hip hop songs transferred to a genre I am much more familiar with.

In essence, the purpose of Folk the Police is a little like the purpose of Ray Charles' Modern Sounds in Country and Western, which we discussed last week. The artists take songs of one genre, sap them of everything that identifies them as that genre, and then try to make the song work in a completely foreign sonic context. This is an exciting idea, and I loved listening to Charles do it. At its best, this sort of exercise can make converts out of listeners. When Charles sings "You Don't Know Me," he makes it his, but he also makes it impossible to ignore the songwriting craft of the original; his stellar rendition gives credibility to a genre that often lacks it.

Now, obviously, no one at Folk the Police is Ray Charles. This isn't meant as an insult to any of the performers (most of who were somewhere between very good and a lot of fun to watch), but if any of them could go toe to toe with a musical titan, I would have been very surprised. Yet the attempt was intellectually interesting to me, and in that respect, the show didn't disappoint.

Or at least, it didn't always disappoint. The secret to a truly great cover, in my mind, is to do something new with the material, to make the song work in a different context, at a different tempo, or with different emotional underpinnings. To me, the quintessential example is Johnny Cash's cover of Nine Inch Nails' "Hurt." There are other great examples (and arguably ones that are better; see our list of Top Ten Covers for several), but Cash takes the song and makes it his own. He doesn't rob the original of its dark allure, but he renders it so personally it is hard not to see it as him laying his soul bare for the listener.

This sort of sonic reconstruction was the exception, not the rule at Folk the Police. Several of the acts came across largely as folk bands trying their hand at rapping, leading to covers that left me just wanting to listen to the original. This wasn't the show at its best, and more importantly, it seemed to miss the point. If I wanted to hear these songs rapped at me, I'd have gone to a hip hop show. Again, I don't mean to disparage any of the performers who did this, and many of them were very good. But it felt a little redundant, and I couldn't help but be disappointed when a group took the show's edict in this direction.

A lot of the more successful songs of the night took a similar easy way out, if a slightly more intriguing one. Perhaps the most common tactic of the evening was selecting hip hop or R&B songs that are tailor made to be covered, songs that aren't too far off from the sounds folk music is usually going for here. A good marker of a song that went somewhere in between the two was Nicole P'Simer's cover of Outkast's "So Fresh So Clean" (I'm a bit restricted in this discussion by the versions that have made it to youtube, as it seems pointless to discuss songs I can't show everyone).

This is mostly a pretty straightforward cover, just done with an acoustic guitar. And its fun, sure, because "So Fresh So Clean" is a great song, and it can translate easily to a folk milieu. The lion's share of the night was made up of these "safe" choices, and they often worked well. The Finer Things opened the show with a medley of Will Smith covers that was a whole lot of fun, and Smith was a popular go-to throughout the night (a later group did a fairly nice version of "Parents Just Don't Understand). Another great example was the (very good) Joe Hertler cover of Macy Gray. It's a great song, and a good cover, but it isn't exactly an earth-shattering choice.

The covers that stuck with me, though, were the ones that did something different. A cover of "Big Pimpin'" seemed fairly straightforward until an extended violin solo played up the group's folk-rock know-how, and brought a different energy to the song that was simultaneously of a piece with the original's intent. Nathan Kaye's version of "Heartbeat" by Nicki Minaj was similarly successful, retaining the emotional core of the song, but changing its context entirely. The Ben Daniels Band also did great work re-contextualizing M.I.A.'s "Paper Planes" into the genre.

Ultimately, I think Folk the Police was a success. The covers that stuck most rigidly to the original were usually well-performed, the middle of the road covers that selected songs that translated well seemed to have put thought into the places where hip hop and folk overlap on an emotional and sonic spectrum, and the clear winners of the night managed to take well-known songs and make them their own, if only for a few minutes. It was a great show, with the right mix of self-awareness and blind devotion to good music to make the whole thing work. A lesser version of this event could have condescended to hip hop or robbed the songs of their original power by removing everything that made the originals work. Each act at Folk the Police cleanly side-stepped these potential landmines in favor of a good night devoted to good music.

This is the power of a great cover, in the end. It's a complex web of intentions, and the artist must perfectly balance a variety of desires to come up with anything truly worthwhile. Its clear that any cover has to pay homage to the original; after all, isn't the whole point of a cover expressing love for another group's songwriting prowess? But a great cover must also think about the emotional underpinnings of the song. Screw that up and you are left with something like Ewan McGregor's sublimely misguided version of "Your Song" from Moulin Rouge, which may include all the words to the original, but completely ignores the subtle, even shy, tone in favor of a sense of bombast that poorly serves the song. Finally, a great cover has to make you forget, even if only for a second, about any other versions of the song. Intellectually, this is impossible, but what I mean to say is that, when I listen to a mediocre cover, I immediately seek out the original as a palate cleanser. When I hear a truly great cover, this isn't necessary; the song has given me something the original didn't, and has done so well enough that it stands on its own two feet.

We talked last week about the slipperiness of genre, and I think that cover songs can prove that point well. A great song is a great song in any setting, and a great song covered well can be a thing to behold. My feelings on hip hop as a genre are still being formed. I've heard albums I love from the genre, and albums that haven't done a lot for me, and I think my opinion on the genre as a whole will be in clearer focus later this year. For now, though, Folk the Police has indicated that great hip hop, like any great art, can transcend genre qualifiers and bring diverse groups together in celebration of good music, good messages, and good rhymes. Greatness, it seems, cannot be oppressed.